As part of their study of electricity, the third grade students and teachers have been working with Chris Hartman and Ja’Daiza Johnson on an exciting proposal: taking the Centrum off the grid! The students learned about the basics of electron flow, circuits, polarity of batteries, and more. They then met with Don Mellema, our Director of Facilities, to see how much energy and money was being used to run the lights in the Centrum. They proposed that if they designed solar-powered chandeliers to hang in the Centrum and use instead of the fluorescent lights, we could save $2/day at least in energy expenses. That’s over $700/year!

The students used their design thinking principles to design and prototype unique and creative approaches to their individual chandeliers. They needed to make sure there was access for the wires from the solar-charged battery in the Centrum to their LED lights. Using a wide variety of recycled and found materials, the students got to work, creating some amazing lights!

Once the chandeliers were built, the work of setting up the solar charging station (a solar panel in the Lower School entrance vestibule), running the solar power grid to the Centrum (wires running along the ceiling down the main hallway), and then connecting the wires (carrying the incoming electrons from the panel to the battery which converts them to current appropriate to fuel the LED lights) began. The students were also able to talk with Dr. Susan Spencer, local solar scientist, when she visited the school. Dr. Spencer was impressed with how much our students already understood and grasped about solar energy and its great potential. A few days before the STEAM Fair, the chandeliers were hung, and during LS assembly on Wednesday, the great “taking us off the grid” was revealed. Success! 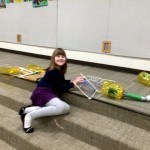 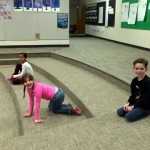 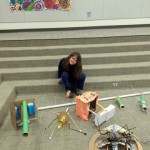 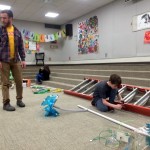 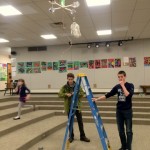 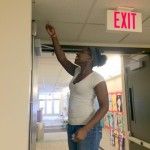 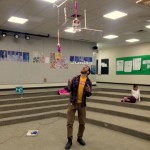 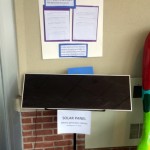 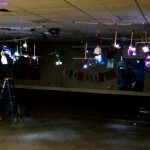 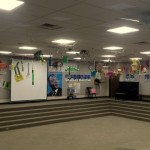 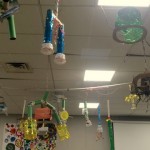 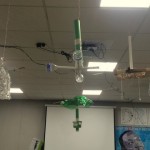 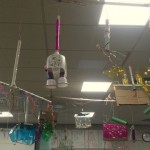 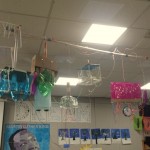 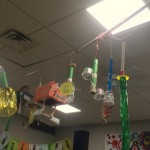 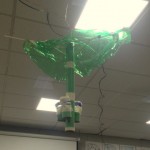 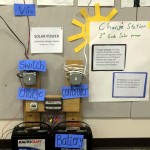