On Thursday, April 21, the fourth Commons Speaker Series presentation was held in the BCCE. This event featured five of the current student leaders associated with the various strands or tracks of the Commons: design and innovation; sustainability and data systems; community engagement; social justice and advocacy; and overall student management. From the very first planning meeting for the Commons, the students have been at the table, sharing their ideas and offering their valuable perspectives. Now that the building has been up and running for well over two years, student leadership (a primary goal of the building model) has grown organically from the various offerings the Commons present.

The evening was moderated by Seth O’Bryan, Commons Co-Director and Living Building teacher. After an opening slideshow and introductory video (Slideshow: https://youtu.be/E91IAAKs0Lk; Intro Video: https://youtu.be/DJiU8M-GMg8) Seth had the five students introduce themselves and share a bit of their own background and interest in the Commons, and then describe their current pursuits. Seeley Taylor (’16) described the investment she has had in the Commons since the very beginning. She has worked to spearhead the Commons Student Council, has participated in Living Building classes, and has forged new paths for student management and responsibility for the building and the programs within. Thomas Neumaier (’19) spent some time explaining how his introduction to the Commons came through his work in 7th and 8th Grade science and the hands-on projects he engaged with as part of the regular curriculum. He then shared his current work with the Rochester Youth Climate Leader as a member of the steering committee and designer of the organization’s website. Kit Taylor (’18) described her work this year in creating a Feminist Club in the Upper School, with the help and support of Commons Educator, Jocie Kopfman. She has taken her advocacy into the Middle School where she leads a diversity action group during their Flex Time. Maelys Lossa (’16) has been an eager student of the systems and data of the Commons. Numerous hours have been spent examining data from energy reports, tracking down circuit use, exploring the solar chimney, and working towards managing the building to Net Zero. She has also worked to help establish a working institutional definition for sustainability and has been a key voice in advancing the work of the Commons with the administration. Jacob LaDue (’19) is an active student of design and creation who spends a majority of his day in the workshop either as part of his Design and Innovation class or during his free time. Of his own initiative, Jacob has worked to master the design of tops which he creates on the lathe and other tools. He expresses a sincere appreciation for having had to work through the design process in his science classes in Middle School, and now under the guidance of Chris Hartman (Commons Co-Director) and Ja’Daiza Johnson (Commons Educator).

A recurring theme from the evening was how much the work and passions of these five students overlapped, much like the intentional integration of the themes in the Commons. They were humble in how they shared about their pursuits, credited their teachers where appropriate, and answered questions about “what next?” It was a fantastic evening for all of us to appreciate the level of investment these students have made, not only in the working of the Commons, but also as role models for the next generation of students who will be afforded the same opportunities these five eagerly seized. 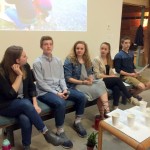 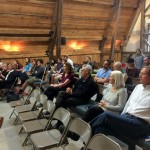 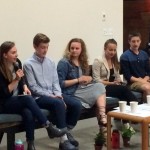 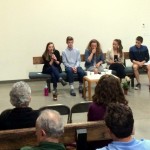 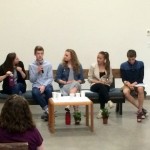 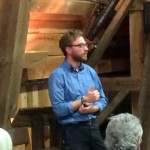 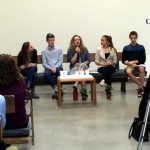 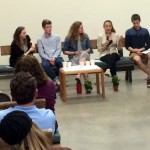 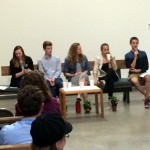 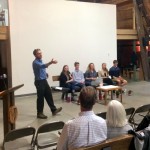 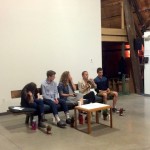 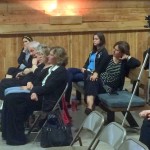 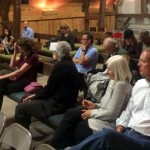 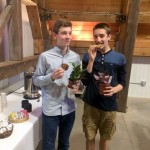 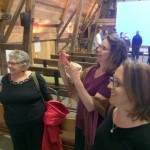 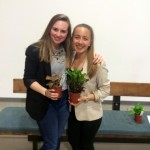 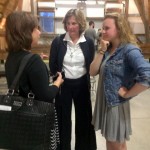