On December 14th, we were honored to welcome G. Peter Jemison, a member of the Heron clan of the Seneca Nation, and a Faithkeeper for the Seneca Nation and a leader in the Rochester community, as our guest presenter. In 1985, Peter became the manager of Ganondagan State Historic Site, the location of a major 17th century Seneca town.  He was also named as Rochester Institute of Technology’s first Special Adviser to the President on Native American Issues and Partnership with Tribal Organizations in 2015.

As Historic Site Manager, Jemison spoke about  his work at Ganondagan in general, and specifically highlighted the work of the Iroquois White Corn Project. This enterprising program addresses sustainability in all aspects: culture and sense to place, local farming and sustainable agriculture, developing community partnerships, outreach and support for the Seneca people, and engaging young people in educational experiences. Peter provided a rather comprehensive history of the Seneca people from pre-Revolutionary War up to John Mohawk (turtle clan of Seneca nation) who was the creator of the White Corn Project. Peter, as one of John Mohawk’s cousins, took over the project  in 2006 and moved the location to 7191 Boughton Hill Road in Victor, NY.

The heirloom white corn is labor intensive, and must be hand picked and planted. It is openly pollinated, and each kernel is characteristically diverse. Of the original corn “races”, there are flour corns (purple and red corn), Tuscarora corn (short and long ear varieties), flint corn (multi-colored, red, and yellow), red and white popcorn, pod corn (each kernel has a husk), and white and black sweet corn. The White Corn Project is thriving example within a grassroot commitment and movement among the native cultures to return to language, heirloom food, arts and crafts, and presenters/performers.

After explaining the history, agriculture, and business of The White Corn Project, Angel described how she and her mother pick, process, roast, and package the white corn, all by hand. She showed several of the products (hulled white corn, white corn flour, and roasted white corn flour), and the baskets used for washing the corn prior to roasting.

It was a very informative evening overall, addressing broad topics of tolerance and diversity and specifics of food preparation. To learn more about the White Corn Project, please visit their website.  The Bougton Road location is open to the public, and many local grocery stores (Wegmans, Hart’s, Lori’s Natural Foods) carry the White Corn Project products. 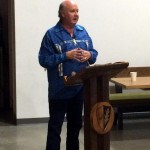 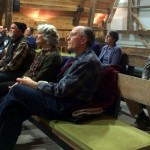 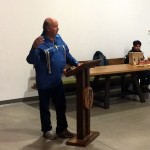 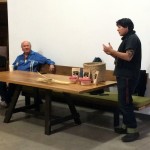 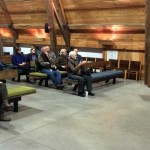 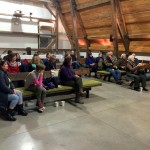 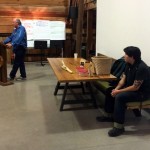 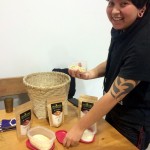 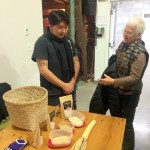 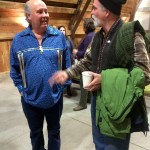 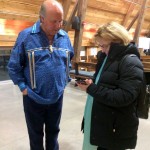 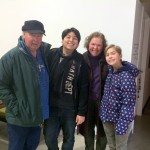