Jul 9, 2014 / 0 Comment
On Friday, June 27th, the BCCE was a hot spot for entrepreneurs with their new sustainable business start-ups. Hosted by Arunas Chesonis and Cranberry Capital, CEOs and representatives from a variety of technologically-innovative companies shared their early work and plans for market launch for their products. The morning began with a tour of the Commons, led by Chris Hartman and Seth O’Bryan. The rest of the morning was dedicated to learning more about these cutting-edge technologies and companies. More about each company can be found by clicking on the hyperlinks below. The notable presenters and areas of sustainability shared were:
Sweetwater - Arunas Chesonis
Sweetwater Energy uses a unique technology for producing low-cost, concentrated sugars from multiple non-food plant materials to help meet the modern world’s increasing bioenergy and biochemical demand.
FastCAP – Riccardo Signorelli
Developing ultra capacitors which can operate in extreme environments (-4 up to 140 degrees) for outer space (airplanes and satellites). Their record-breaking energy storage devices for hybrid and electric vehicles offer game-changing solutions for energy exploration, use and storage of energy.
Ubiquitous Energy – Miles Barr
Ubiquitous Energy has developed breakthrough technology for a transparent coating that enables any surface to convert ambient light into useful electricity without impacting the way it looks. Further information can be found in PV Magazine (PV Magazine article).
FINsix – Vanessa Green
FINsix was founded by a team of MIT graduate students with the goal of using our technology to build the smallest, lightest, and highest-performing power electronics.
Gradiant Corporation – Anurag Bajpayee
Featured in Scientific American as one of the top 10 world-changing ideas, their zero liquid discharge system was recently nominated for ‘Industrial Water Project of the Year’ at GWI’s 2014 Global Water Awards. His main idea features directional solvent extraction, or molecular desalination as he likes to call it, for highly contaminated waters, such as those from unconventional oil and gas wells.
Kofinder – Jouni Sarjane  Smaller indoor locating services….GPS. Has contract with Boeing.
Cerium Health — Betty Rabinowitz  First U of R spin out in support of patient care. Core tech is a spin-off of software originally started at U of R in 2010–electronic medical records and database. Currently 500 physicians using it, as well as other general users (nurses, etc.).
Some photos from the event are below: 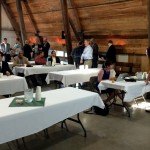 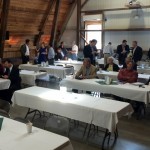 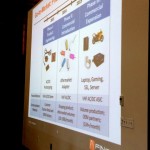 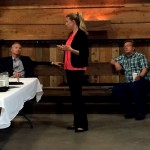 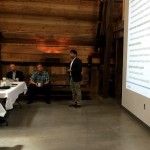 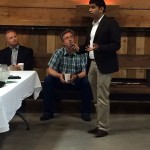 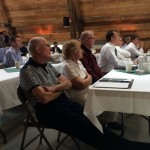 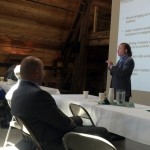 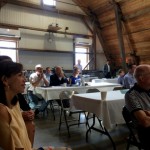 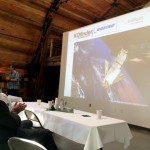