An eager and diverse audience filled the BCCE on Saturday, June 6th, to learn more about five seniors and their capstone projects. The hearty attendance was notable, as many people who attended were not involved in the projects beyond their curiosity, and there were several other conflicting opportunities on the first evening after school was over for the year.

The capstone project idea hatched a few years ago with Seth O’Bryan, but wasn’t fully realized until this year. The seniors leave campus for three weeks at the end of the year to pursue internships in the community and beyond, but this year five students opted to pursue capstone projects. These self-directed projects of their own choosing represented “deep dives” into areas of passion and great interest for these students. They researched, wrote, filmed, edited, and then finalized public presentations to share their work and findings. The five students and their topics were: Alissa Wells–capstone coordinating and Commons displays; Jordan Hollands–robotics event and club; Sarah Fink–poetry; Lila Wilcox–happiness; and Mariah Palumbo–the life of an artist.

The evening began with a welcome from Alissa Wells, giving everyone the scope for the evening. Her work was behind the scenes, as well as serving as master of ceremonies for the event. She coordinated the logistics of the space, the set up, refreshments, program, and coordinating with all of the student presenters, as well as Seth O’Bryan, the capstone coordinator. 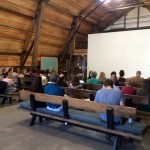 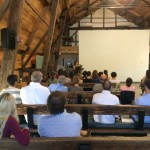 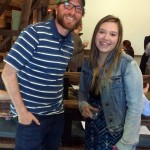 Following Alissa’s introduction, Jordan Hollands shared his work with middle school students during their Flex Time to build and program a robot for a competition which Jordan hosted and coordinated. His event drew a limited crowd, but the attendees were not disappointed in the performance of the robots. At the capstone event, Jordan brought out the robot the middle school students built, as well as the competition robot the Harley Robotics team build and competed with this past year. The crowd was on their feet to see how they moved and were controlled by the computer-programmed instructions. 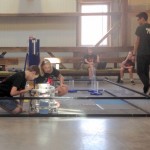 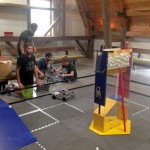 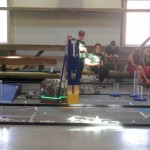 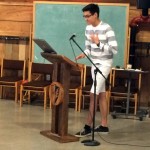 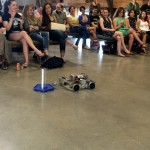 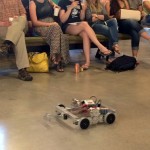 After Jordan, Sarah Fink addressed the audience and shared her “half-capstone/half-internship” project involving writing poetry and working at Writers and Books. She shared two of her poems which she wrote at the height of studying for her AP exams. 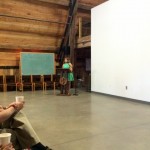 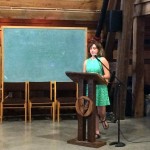 The end of the first half of the presentation was filled with a film created and edited by Lila Wilcox, a senior who is going to pursue Psychology at Mercyhurst in the fall. Her particular field of interest was happiness and what it meant to people of different ages. Her film highlighted several people reflecting on five or six main questions about happiness and what it means to be happy. 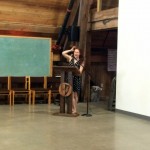 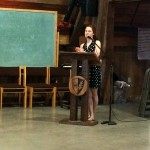 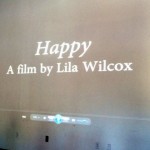 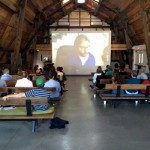 Following a short intermission, the evening concluded with an hour-long documentary by Mariah Palumbo which featured professional artists in various disciplines which she interviewed, reflecting on what it means to live a creative life and whether it is possible to find fulfillment while maintaining one’s livelihood while pursuing the arts. 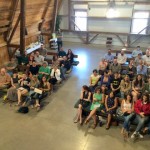 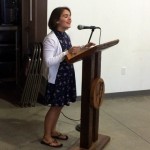 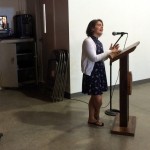 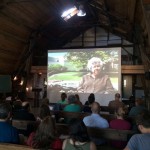