The April Commons Speaker Series featured Dr. Joel Pasternack taking a close and careful look at energy — the energy we often take for granted and the energy we need to understand to be smart consumers. He led an interactive discussion which guided his audience through the various forms of energy we typically consume, standard measures of that energy and how they relate to each other (do you know what a foot pound is?), and practical ways to better understand the connection of energy and power specifics for major technologies such as your car, house, and generators.

Dr. Pasternack is a Professor of Clinical Emergency Medicine at the University of Rochester School of Medicine and Dentistry. He works as attending physician in the emergency department at Strong Memorial Hospital and at Golisano Children’s Hospital. His education includes Sc.B. from Brown University, M.D. in Mathematical Physics and Ph.D. in Mathematics from Princeton University, M.D. from the University of Rochester. More than that, however, he is a savvy consumer of his world and a relentless mathematician who seeks to understand all aspects of a choice before making a decision. His experience shopping for a new car (hybrid? fully electric? gas-powered?) led him to dig deeply into the cost per unit for each kind of energy (electricity from various sources, gas, etc.) and what the threshold would be in order to make his choice of electric car cost-reducing and efficient. He described how much power can be gained from one cup of gasoline, as opposed to the equivalent battery power.

The evening discussion was lively and fast-paced, with an informed and intelligent audience peppering Dr. Pasternack with different scenarios, which he ably addressed and used to then drive deeper discussions. The energy systems of the Commons building were also examined for their effectiveness and purpose (working towards the greater environmental good is not necessarily the least expensive option yet…). Those who attended certainly left strongly motivated to examine their utility bills and armed with meaningful information. 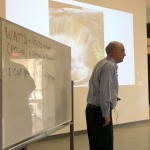 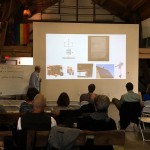 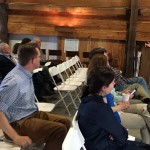 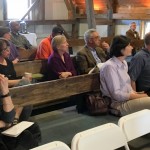 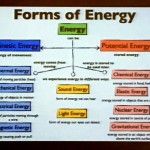 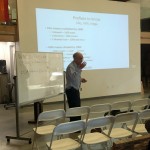 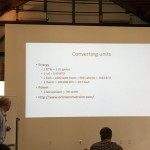 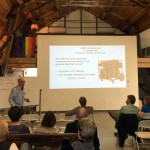 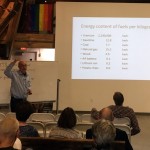 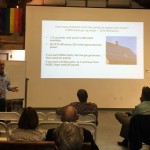 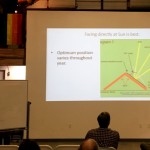