Last week, some of our Middle School students were introduced to specific lessons which featured movement as the means by which they demonstrated their learning and understanding. Anne Wilcox, Harley parent and Ssnior lecturer in the Program of Dance and Movement (Dance 296– Art of Teaching K-12) at the University of Rochester, came with her students, Hadley Brown and Gala Tubera, to work with Doug Gilbert’s History 8 class. They brainstorm movements which would be common and purposeful for slaves performing their duties at the peak of the African slave trade in America.  The students had to work in teams to transport their object from person to person across the room, using a unique movement of their design to represent picking cotton, cutting plants, or serving in a house. Later in the day, Anne Wilcox brought two more students, Fan Wu and Erika Pinkerton, to join the 7th grade Pre-Algebra class with Dan O’Brien. This group of students had to break into two small groups which were then charged with representing an algebraic sentence, including simplifying and balancing each. 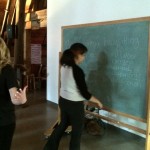 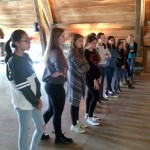 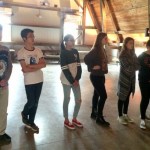 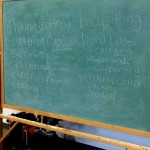 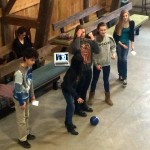 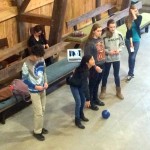 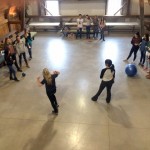 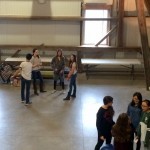 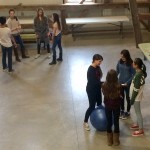 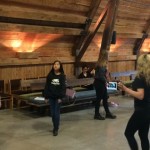 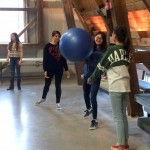 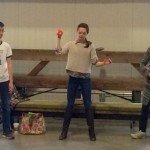 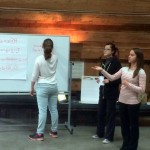 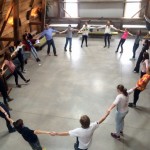 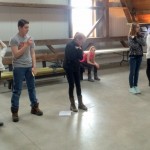 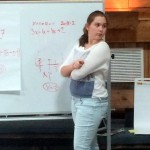 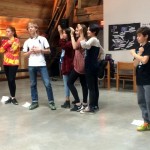 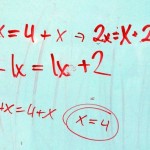